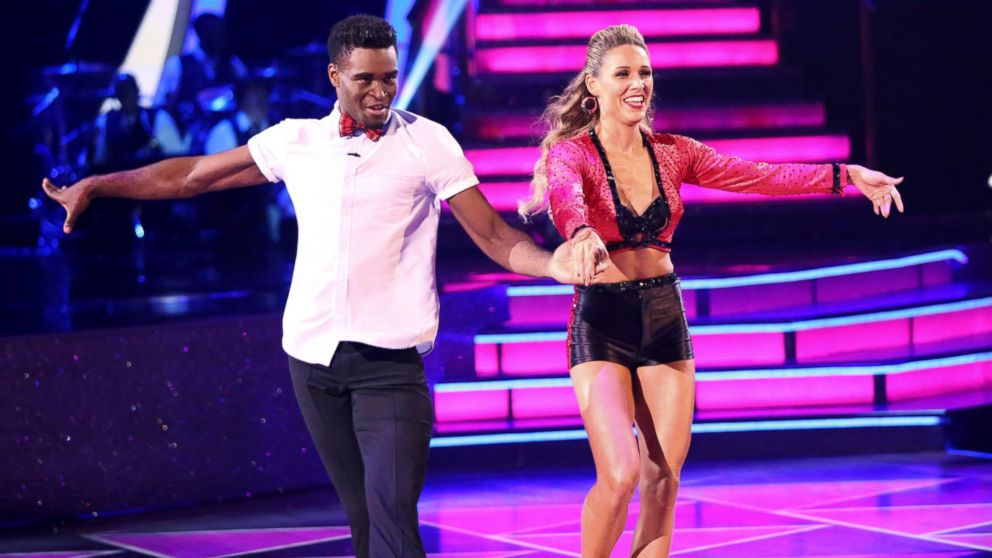 The new all-star cast of “Dancing with the Stars is putting on their dancing shoes as the show gears up for its 21st season.

The cast was announced and we couldn’t be more thrilled with some of the choices.
As I try not to be bitter about the fact that Bleau got to go to a taping last season and didn’t even bother trying to sneak me in, lets take a look at the list of the celebrities with their professional dance partners:
Alek Skarlatos (Army National Guard) and Lindsay Arnold
Alexa PenaVega (Actress- Spy Kids) and Mark Ballas
Andy Grammar (Singer) and Allison Holker
Bindi Irwin (Crocodile wrangler) and Derek Hough
Carlos PenaVega (Actor- Big Time Rush) and Witney Carson
Chaka Khan (Singer) and Keo Motsepe
Gary Busey (Actor- Point Break) and Anna Trebunskaya
Hayes Grier (Social Media Star) and Emma Slater
Kim Zolciak Biermann (Real Housewives of Atlanta) and Tony Dovolani
Nick Carter (Backstreet Boys) and Sharna Burgess
Paula Deen Celebrity Chef) and Louis van Amstel
Tamar Braxton (Singer) and Valentin Chmerkovskiy
Victor Espinoza (Horse Jockey) and Karina Smirnoff
I’m most excited to see young Vine-r Hayes Grier make the list. It shows just how important social media is.
I also like the diverse group, which includes a National Guard hero and a horse jockey.
Their first dance is on September 14 on ABC.
What do you think, Glitter Girls? Who are you most excited to see?