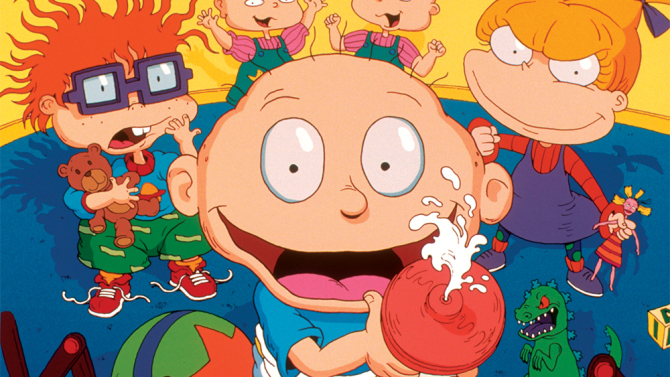 Glitter Girls, get ready to make your parents very happy. I heard this news with my Dad, and he almost bounced through the ceiling with glee.

So, yea. Get ready for that to happen when you tell them.

Nickelodeon has announced that it is considering bringing back some of our parents’ favorite shows from the 90s. “Rugrats,” “Hey Arnold,” “You Can’t Do That on Television,” and “Victorious,” are all potential returning shows, according to Variety, who spoke with Nickelodeon’s president of content and development, Russell Hicks.

The Nickelodeon execs are looking at revamping the shows, in a new way way. Even though they haven’t released any specific details, its sounds like the characters would return in movies and specials, and not necessarily full-blown TV shows.

I have seen the “Rugrats” movies on Netflix and would love to see some of the series that started it all.

What do you think? Will you be watching?